The N3N is a Primary Training biplane that was designed and built by the U.S. Navy at the Naval Aircraft Factory (NAF) in Philadelphia, PA. The NAF was co-located at the Navy Yard, Philadelphia.

The NAF was established in 1917 and produced a number of aircraft during and following World War I. Substantial aircraft production ended in 1922. The Vinson-Trammel act of 1934 was enacted to create a more modern Navy. Part of this act authorized the Navy to build 10% of naval aircraft production, which reinvigorated the NAF.

In October of 1934 the Navy Bureau of Aeronautics (BuAer) authorized the NAF to design a “primary training airplane” (to be designated the N3N) and prepare for production of 45 aircraft. 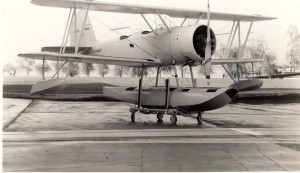 The aircraft would be a convertible design, intended for either sea or land operation. The general configuration was traditional for the mid-1930s: Radial engine, tandem open cockpits, conventional landing gear (land configuration) and fabric covering for much of the structure. Under the covering, the design was very unique for the time with an entirely aluminum structure for the wings, fuselage and empennage. The entire port (left hand) side of the fuselage has removable aluminum panels allowing access to all internal components quickly and easily.

The prototype XN3N-1 (shown) first flew on August 23, 1935 using a surplus Wright J5-9 nine cylinder radial engine which the navy called the R-790-8. It was found that the aircraft was tail heavy and sluggish during spin tests. The rear stabilizer was modified, the size of the rudder was increased and new engine mounts were installed to move the engine forward. These “fixes” solved the major problems with the aircraft and the NAF received an order for 85 production N3N-1s in April 1936. All 85 were equipped with the Wright R-790-8. The first production aircraft was shipped on 22 May 1936.

Production of an additional 95 aircraft followed. The first 25 of these were supplied with the R-790-8 and the final 70 had the more modern seven cylinder Wright J6-7 (contract built by the Navy) which the Navy designated the R-760-2. A total of 180 N3N-1 aircraft were built, the final one was delivered on April 29, 1938.

There continued to be a concerns about the handling characteristics of the N3N-1. A revised aircraft, the XN3N-2, was produced in an attempt to solve these problems. The N3N-2 was never placed into production, but lessons learned with the aircraft were incorporated into the N3N-3.

With the clouds of war on the horizon, the Naval Expansion Act was passed on 17 May 1938. This act authorized an increase of naval aircraft to “not less than” 3,000. New trainers would be needed to train the pilots for these new aircraft. On June 21, 1939 BuAer ordered 50 N3N-3 trainers. Changes would include a more rugged landing gear, different vertical tail surfaces, and raising the horizontal stabilizer.

The aircraft was tested in both landplane and seaplane configurations in late 1939. The aircraft had improved short-field takeoff/climb capabilities and cockpit visibility had been greatly improved. The N3N-1 stall/spin issues had been solved. In fact, the N3N-3 was the only WWII era naval aircraft that was approved for intentional inverted spins. 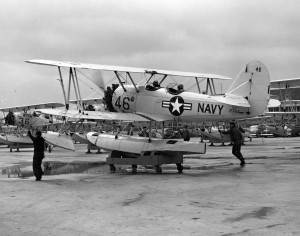 Most N3N-3 aircraft were declared surplus during and immediately after the war. But about 100 airframes were kept by the Navy. The N3N was no longer used for primary training but stayed in service to provide orientation rides for midshipmen at the Naval Academy in the seaplane configuration. They continued in use until 1959, with the final airframes stricken from military inventory in 1961. Operation until 1959 makes the N3N-3 the longest serving (and last serving) biplane in the U.S. military. 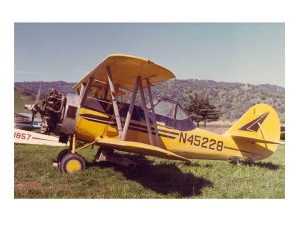 After the war, the majority of surplus N3N aircraft were purchased by agricultural operators and modified for dusting, spraying and even water bombing missions. A handful ended up in personal use but that was the exception.

The N3N proved to be a very durable airframe. Many N3Ns worked for decades in agricultural applications, with more than a few operating into the mid-1970s. The airframe was so rugged that ag operators installed engines of up to 600HP and routinely hauled sprayer loads of up to 2000 pounds.

This was not a glamorous use for the N3N, but it kept many airframes intact. The N3N-3 has one of the highest survival rate of any WWII aircraft, with over 20% of production still on the registration rolls of 5 nations.

Today there is only 1 complete N3N-1 aircraft in existence. The aircraft is in the National Aviation Museum, Santiago, Chile.

The FAA lists 171 registrations (in 2015) for the N3N-3 and there are approximately 100 intact aircraft. Most surviving aircraft have been returned to the original tandem-cockpit arrangement and many have been given military paint schemes. The “N3N Blog” website has a fleet page with photos of almost all of the existing aircraft here:
https://notastearman.wordpress.com/fleet/ 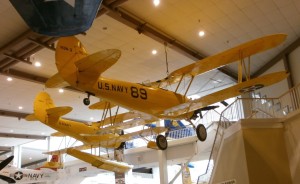 A number of aircraft are in museums, including the Smithsonian Air and Space (Udvar-Hazy) and the National Museum of Naval Aviation which displays one each on gear and floats, suspended in a “formation” flight (shown).